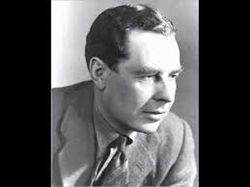 In 1941, Addinsell completed the score to a film called Dangerous Moonlight (later renamed Suicide Squadron in the U.S.), which told the story of both romance and national struggle during the Nazi air raids and invasion of Poland during the war. In the film, the main character is a Polish pianist and composer named Stefan who joins the war effort as a fighter pilot. During the course of the film he also develops a romance with an American reporter named Carol, and all the while he is composing a concerto to symbolize the struggle of the Polish people to preserve Warsaw. This musical work also comes to represent the budding relationship between the two amidst the turmoil.

The producers originally wanted to use the second piano concerto of the great Russian composer Sergei Rachmaninoff for this pivotal musical centerpiece of the film, but that proved prohibitively expensive, and so Addinsell was enlisted to create a new work in the style of the Russian master. The result was his Warsaw Concerto, a nine-minute movement for piano and orchestra that is “composed” and performed throughout the film and whose themes are also present within the rest of the score.

The mini-concerto became so popular after the release of the movie that it made the unlikely journey at the time from film to the concert stage. To this day, the piece remains a fixture in the pianists’ popular repertoire and is performed regularly in concert halls around the world. Although it was a work intended from the start to simply channel Rachmaninoff for the purposes of the dramatic arc of the film, it has forged a life of its own and ensures that the name Addinsell will be remembered for generations to come.