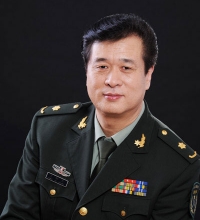 In 1985, Hesheng studied composition from Professor Mu Hong in the central Conservatory of Music. He became a professional composer of the Military Band of the People's Liberation Army of China after graduation in 1988.

As a composer of the Military Band of the People's Liberation Army of China, Hesheng also a member of Chinese Musicians Association. Over the last ten years, Wang has created more than 600 instrumental music and vocal music, with wide range of materials and different styles. The latter include solo, ensemble, symphony for symphonic band, and symphonic chorus. He has attached great importance to national characteristic, popularity and sense of the times in his creation. Twenty pieces of his works have been awarded prizes in the country and the army.