Wanderings on the Divide 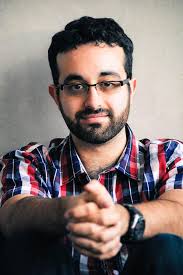 Wanderings on the Divide is a very biographical piece that is tied to a time of my life in which I felt lost as composer and musician. Having moved from the Palouse in eastern Washington State (a region with a population below 100,000 people) to the D.C. metro, I longed for the flowing, expansive hills that I had come to call home for two years. Feeling lost and alone, I turned to my new surroundings. I would walk through the streets of Washington, D.C. with little or no direction, attempting to familiarize myself with the city; and on mountain trails in the Shenandoah Valley and George Washington Forest parks, looking for an escape from the developed world. I soon became fascinated by the extreme differences and similarities of both environments, and came to call these two a “digital” and a “natural” world.

Soon after, I began to write what is now this piece with these two worlds in mind, but without any idea what it would ultimately become. Wanderings was written on-and-off for the next two years, and the original idea of two separate environments was eventually abandoned as a narrative. However, it is still possible to hear the digital sound - bright active, and highly rhythmic; and the natural – slow, meditative, and pensive. As the direction for the piece changed, I let the material come intuitively rather than systematically, just as in my own wanderings, resulting in sections of the piece that will lead the listener confidently forward, while others will do just the opposite and create confusion.

Ultimately, Wanderings on the Divide recalls much of the natural and man-made surroundings of my time in Washington State and Washington, D.C., and delves in the introspective nature of self-discovery that many share in their young-adulthood. Lastly, during this time I was reading quite a lot of poetry. One line by Walt Whitman particularly resonated with me: “Forever forward, Forever alive.”