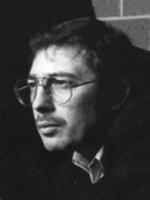 Walter Civitareale (b. 2 August 1954) is a Luxembourgish pianist and composer.

Walter Civitareale has composed some pieces of work for orchestra, chamber music, pianos and a ballet. In 1984, he performed his "Concerto for Piano" in Moscow in the framework of the Mee Festival. His Concerto Humoristique for bass clarinet and wind ensemble was premiered in May 1988 in Leningrad.

Since 1983, Walter Civitareale has taken part in numerous European tournaments and has participated in several radio recordings. He also played with Cellist Daniil Chafran and Leningrad Orchestra.

He is a professor of piano at the Conservatoire de la Ville de Luxembourg. He performed in the 2005 concert commemorating the 60th anniversary of the independence of Luxembourg.