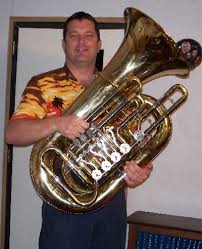 WBL Triumphal was commissioned to commemorate William Bradley "Brad" Long's 50th birthday. Long currently serves as director of bands for the Kountze Independent School District in Kountze, Texas, a position he has held for two years. The march was commissioned by a consortium of current and former students of long organized by Noah Carter, a sophomore music education major at Lamar University.

This rousing circus march was composed by Lamar University alumnus Kelly Bennette. Bennette pays tribute to the great circus march composer Karl King in this technically demanding march. Featured in the trio is a solo trumpet, Long's primary instrument. WBL Triumphal is not for the faint of heart; the faster the tempo, the better!