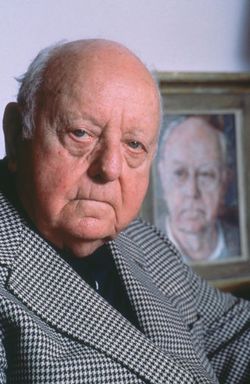 Thomson began the study of piano at age five. In 1917, he enlisted in the U.S. Army. Following the completion of his military service, he attended Harvard University, graduating in 1922. He was the recipient of a Payne fellowship and then went to Paris to study with Nadia Boulanger.

In addition to his composing, Thomson became widely known as a music critic, and his reviews appeared in Vanity Fair, Modern Music, the New York Review of Books, and the New York Times. He was chief music critic for the New York Herald Tribune from 1940-1954 and was the author of eight books on music subjects. He held honorary degrees from seven colleges and universities.

Thomson was instrumental in the development of the "American Sound" in classical music. He has been described as a modernist, a neo-classicist, a composer of "an Olympian blend of humanity and detachment" whose, "expressive voice was always carefully muted," until his late opera Lord Byron which, in contrast to all his previous work, exhibited an emotional content that rises to, "moments of real passion", and a neo-romantic.

Thomson received a Pulitzer Prize for his score to the movie Louisiana Story in 1949. In 1988, he was one of the few recipients of the National Medal of Arts, awarded by the Congress of the United States.