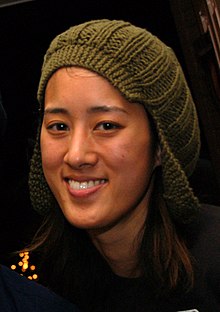 Both of Teng's parents came from Taiwan. Teng began playing classical piano at the age of five. She was salutatorian at Saratoga High School. In 1996, while pursuing a degree in computer science at Stanford University, Teng joined the Stanford Harmonics, a student-run a cappella group. She began recording her compositions at the studios in Stanford's Center for Computer Research in Music and Acoustics (CCRMA), intending to distribute her music on campus. Many of these recordings were eventually released in her début album Waking Hour.

After graduating in 2000, Teng worked as a software engineer for Cisco Systems in San Jose, but she continued to write music and perform in her free time.

Teng has released five studio albums. She has also released one live album, The Moment Always Vanishing (2009), on which she is double-billed with her percussionist, Alex Wong.

In 2010, Teng announced to her fans that she had been accepted into the Erb Institute for Global Sustainable Enterprise at the University of Michigan. Through the program, she received an MBA from the Ross School of Business and an MS from the School of Natural Resources and Environment.