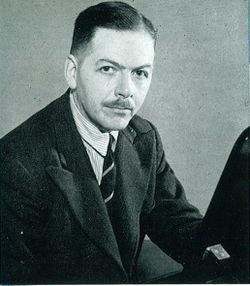 Victor's father, Sir Walter Hely-Hutchinson, was the governor of Cape Colony from 1901 to 1910 during the Boer War. He initially lived in Kent, then moved back to South Africa in 1907. He was taught the piano by Dr Thomas Barrow Dowling (1861 - 1926), the organist of Cape Town cathedral. Victor was a child prodigy, composing many pieces before the age of ten. In England in 1910, he was taught piano by Donald Tovey, and was initially educated at Heatherdown School, near Ascot in Berkshire. In 1914, his father died. Victor was then educated at Eton College (then in Buckinghamshire), followed by Balliol College at the University of Oxford to study history. Music, however, prevailed and after one year at Oxford he was granted permission to study for a Mus. Bac. At the Royal College of Music, where he studied conducting under Adrian Boult. In 1922, he returned to Cape Town, to teach at the South African College of Music, which was later incorporated into the University of Cape Town.

He joined the BBC at Savoy Hill in 1926, becoming a conductor, pianist and accompanist. In 1933, he moved to Birmingham to become Midland Regional Director of Music for the BBC, where he formed and conducted the Midland Studio Orchestra. In 1934, he left the BBC to become Professor of Music at the University of Birmingham, taking over from Sir Granville Bantock. In 1938, he saw signs of war, and moved his family out of Birmingham to a nearby village. During the war he became an ARP warden. He became a D.Mus from Oxford University in 1941. He also joined the university's officer cadet force. In 1944, he returned to the BBC to become Director of Music.

The winter of 1947 was very long-lasting and to save fuel (which was still rationed), Hely-Hutchinson refused to switch on the radiators in his office. He developed a cold, which became pneumonia. He died on 11 March 1947 at the premature age of 45.