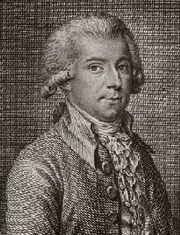 Although relatively obscure now, in his own day he was compared favorably with his contemporary, Wolfgang Amadeus Mozart, as a composer of opera buffa. In his time he was called "Martini lo spagnuolo" ("Martini the Spaniard"); in modern times, he has been called "the Valencian Mozart".