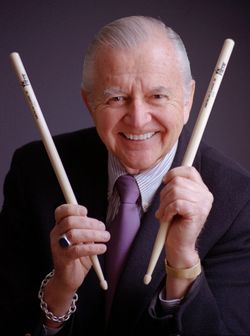 Firth was raised in Sanford, Maine, by parents Everett E. and Rosemary Firth, where he graduated from Sanford High School. Son of a successful trumpet player, he started learning the cornet at age four, turning later to percussion, trombone, clarinet, piano, and music arrangement. When he reached high school, he was a full-time percussionist, and created an 18-piece band at age 16. He played a variety of percussion instruments such as vibraphone, timpani and the drum set. He held a bachelor's degree, as well as an honorary doctorate in music from New England Conservatory in Boston.

Firth was the principal timpanist of the Boston Symphony Orchestra from 1956 to 2002. He was the orchestra's youngest member when music director Charles Munch hired him as a percussionist in 1952.

Firth wrote several books in his career, including The Solo Timpanist in 1963. He also wrote for snare drum with his Snare Drum Method Book I - Elementary and Snare Drum Method Book II - Intermediate, published in 1967 and 1968, respectively. The snare books combined the concepts of orchestral snare drum technique with the 26 NARD Drum rudiments of his time. He followed with the more advanced book The Solo Snare Drummer in 1968.

Firth was the founder of the Vic Firth Company (formerly Vic Firth, Inc.), a company that makes percussion sticks and mallets.