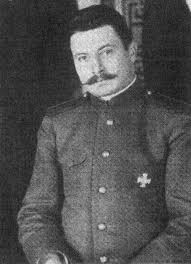 Born Karl Wilhelm Brandt, he emigrated to Russia as a teenager, where he changed his name to Vassily Georgivich Brandt. He studied in the Coburg Orchestra School until 1887. From 1887-1890, he played first chair in the trumpet section of the Helsinki Symphony Orchestra in the winter season, and in an orchestra in Bad Oeynhausen, Germany in the summer season. He played trumpet in the Bolshoi Theatre Orchestra (March 9, 1890-1909), serving as principal trumpet there from 1895. From approximately 1897 to 1912, Brandt was a member of a brass quintet composed of Bolshoi Theater Orchestra Musicians.

Brandt taught special courses in a school founded by Kajanus in Helsinki from 1887-1890. In 1899, he joined the faculty of the Moscow Conservatory as professor of trumpet. In 1908, he taught the military band class there and at the Alexandrovsky Military Institute. He left there in 1912 to assume a similar position at the Saratov Conservatory. He also taught horn and conducted the conservatory’s symphony orchestra.

As a composer Brandt was known as a composer of pedagogical works and short solo pieces for trumpet. He is considered the founder of the Russian trumpet school. His 34 Orchestral Etudes is an important study material for modern trumpet players. His two concert pieces for trumpet and piano are also widely performed today.