Variations on a Tango 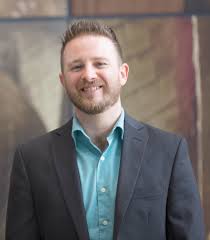 At the heart of Variations on a Tango is a set of continuous variations based upon an original theme in the tango style. The theme, first presented by the pitched percussion instruments, retains a familiar rounded binary format each time it is presented. The A section of the original theme is comprised of a melody in the crisp and dramatic habañera style of Georges Bizet's iconic aria from Carmen, L'amour est un osieau rebelle. A more fluid, yet still dramatic, countermelody is also present in the A section. The slightly contrasting B section, foreshadowed by the first entrances of piccolo, flute, and brass, continues in Bizet's habañera style.

Along with the sensual and dramatic impetus of Variations on a Tango is another element, one that might evoke feelings of an unfolding epic and mystical story, aided by interludes in which the instrumentalists are asked to sing. The momentum of the variations builds, however, not toward a resolution of mystical elements; rather, the climax of the work is an impassioned presentation of the theme in the exuberant style of the composer Astor Piazzolla (1921-92), and his famous Libertango. Each variation along the plotline presents the tango theme with different characterizations. Some of these are tied closely to the tango style while others venture into more unexpected characters.

Variations on a Tango was commissioned by the Sam Houston State University Bands and premiered at the 2012 College Band Directors National Association Southwest Region Conference by the SHSU Wind Ensemble conducted by Matthew McInturf.