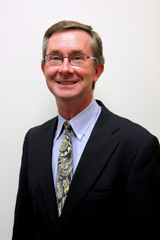 La Folia is a popular tune, probably from 15th century Portugal or Spain, that became a musical phenomenon in the 1770s. La Folia literally means mad or empty headed and the name probably derives from a fast rather wild dance in 3/4. The dancers are supposedly driven mad by the noise and rhythm. Later in the late 1600s, it calmed down a bit and became a popular melody which intrigued many composers of the time.

The great French composer Jean-Baptiste Lully wrote a set of variations for keyboard on La Folia, published in 1672; later composers used Lully's setting as a model for their own variations, including Corelli, Geminiani, Vivaldi, J.S. Bach, C.P.E. Bach and Rachmaninoff. La Folia became not only a melody but also something similar to a passacaglia since the bass line and harmonic progressions are fixed; rhythmically it became similar to the sarabande.

This set of Variations on "La Folia" for young band is original, although it may share similarities to the literally hundreds of other settings of the piece that have been written. I am not aware of any other settings of La Folia for young band, so I hope this becomes an introduction for younger performers to a fascinating part of music history.

The first performance of this version of Variations on "La Folia" was by the A&M Consolidated High School Wind Ensemble (College Station, Texas) conducted by Van Henry.