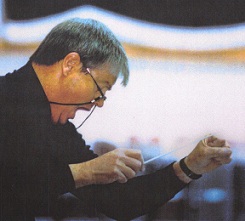 Mr. Ragsdale began playing trombone at the age of nine. He attended Eastern New Mexico University in Portales, after which he was invited to open the new Yucca Junior High in Clovis in 1968. Thereafter he taught band in several Texas and New Mexico junior and senior high schools for the next 30 years. He was the band director at Permian High School in West Texas during the famous "Friday Night Lights" years, a period he described as doing band 13 months a year.

Ragsdale was first awarded the National Band Association’s Citation of Excellence and was listed in The World’s Who’s Who of Musicians. He also served as international vice-president and president of Phi Beta Mu, and was elected to the Texas Bandmaster Hall of Fame in 2012.