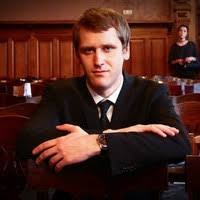 VV Cephei is an eclipsing binary star system located in the constellation Cepheus. The supergiant primary of this system (VV Cephei A) is one of the largest known stars, with approximate size varying from 1050 to 1900 solar radii. Close distance between VV Cephei A and VV Cephei B causes the flowing of matter from one star to another. It probably makes the space around the system one of the deadliest places we could imagine. However, if there was the smallest probability to survive on a hypothetical planet revolving around VV Cephei, it would be possible to watch one of the most spectacular sunrises in the Universe.

VV Cephei was composed in 2019 as a part of the “Hammer & Nail” collaboration between band and composition departments of the Indiana University Jacobs School of Music; it represents an attempt to create a musical image of this stunning event that we are unlikely to ever see.

VV Cephei was premiered on 12 November 2019 by the Indiana University Concert Band conducted by Jason Nam.