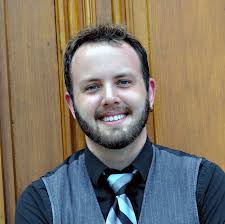 An upheaval is defined as a “strong or violent change or disturbance, as in a society.” From an artistic standpoint, the world of Western classical music has itself experienced multiple upheavals in the past century with radical shifts of compositional philosophy and media. Some would even argue that we are presently in the middle of such an upheaval, as compositional practices take a return to aesthetics over academics in many institutions.

The University of Miami’s Henry Mancini Institute is such an organization that focuses on the pragmatic development of professional music skills synthesized with strong artistic development. This ideal synthesis became a compositional model for The Upheaval (2011), which is the first composition I ever wrote for the Institution. The Upheaval contains elements of multiple compositional schools of thought in the classical world, from the extremely tonal to the most serialistic, fused together in such a way that each element complements the others surrounding it. Such should be the message that, as compositional thought progresses, we might consider a place for all forms of music in our programs.

Though written for a chamber orchestra, there is nothing timid about this composition. The limited music forces at disposal, if anything, speak to the significance of every voice of the orchestra to carry a message of extreme weight. Stylistic markings indicate that the piece should be played “boldly and without reservation,” which should result in a truly epic and stirring sound from the orchestra.

This work has also been adapted for large wind ensemble.