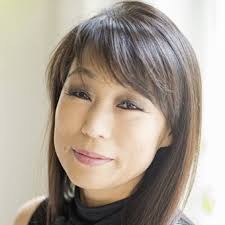 Unsuk Chin studied composition with Sukhi Kang at Seoul National University and won several international prizes in her early 20s. In 1985, Chin won the Gaudeamus Foundation located in Amsterdam, with her musical piece called Spektra for three celli, which was created for her graduation project. She also received an academic grant to study in Germany, and moved to Germany that same year. She studied with György Ligeti at the Hochschule für Musik und Theater Hamburg from 1985 to 1988.

In 1988, Unsuk Chin worked as a freelance composer at the electronic music studio of the Technical University of Berlin. Her first large orchestral piece, Troerinnen (1986) for women's voices, was premiered by the Bergen Philharmonic Orchestra in 1990.

Chin's music has been highlighted at the 2014 Lucerne Festival, the Festival Musica in Strasbourg, the Suntory Summer Festival, the 2013 Stockholm Concert Hall's Tonsätterfestival and at Settembre Musica in Italy. In 2001/2002, Unsuk Chin was appointed composer-in-residence at Deutschen Symphonie-Orchester Berlin. She was closely associated with the Seoul Philharmonic Orchestra from 2006 to 2017, at invitation from Myung-Whun Chung, as their composer-in-residence and director of their Ars Nova Series for contemporary music, which she founded herself and in which more than 200 Korean premieres of central works of classical modernism and contemporary music were being presented, as well as, later on, as the orchestra's Artistic Adviser. Since 2011, she has overseen the London-based Philharmonia Orchestra's Music of Today series at the invitation of its chief conductor Esa-Pekka Salonen.

She was awarded the Grawemeyer Award in 2004, the Arnold Schönberg Prize in 2005 and the Music Composition Prize of the Prince Pierre Foundation in 2010.