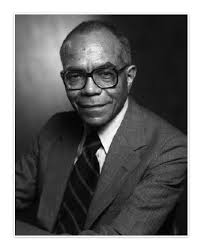 As a young boy, he was given music training by his parents. His mother's uncle, "King" Oliver, a well-known jazz cornetist, urged that the young Ulysses study piano. After graduation from high school, he enrolled at the University of Arizona, receiving a Bachelor of Music degree in 1938. He then went to the Eastman School of Music, where he studied with Bernard Rogers and Howard Hanson, and was awarded a Master of Music degree in 1940. In 1941 and 1942, he studied with Paul Hindemith at the Berkshire Music Center in Tanglewood.

Following this successful period, he lived and studied further in Rome from 1949 to 1953 thanks to a Fulbright Scholarship, the Rome Prize and a Julius Rosenwald Fellowship.

Kay worked for Broadcast Music, Inc., a performing arts organization, from 1953 to 1968. In 1968 he was appointed distinguished professor at Lehman College of the City University of New York. After two decades teaching there, he retired.

As a composer Kay was known primarily for his symphonic and choral compositions. He also wrote five operas. His final opera, Frederick Douglass, was mounted in April 1991 at the New Jersey State Opera.