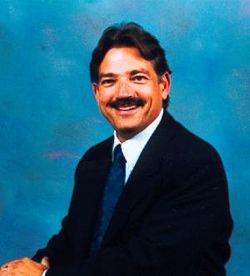 Arranger Kenny Bierschenk’s intent was to give each one of the twelve days a different “personality", often using the instruments to depict a specific set of characters mentioned in the song lyrics. Thus, the “three French hens” are portrayed by French horns in three-part harmony, the "calling birds" are trilling woodwinds, the "eleven pipers" are portrayed by a flute/piccolo ensemble, and the “twelve drummers drumming” is a percussion ensemble. As an inside joke, poking fun at the rambunctious saxophone section in Mr. Bierschenk’s community band group in Cincinnati, the “six geese a-laying” are portrayed rather unflatteringly by a honking flock of saxophones.

Bierschenk’s arrangement of The Twelve Days Of Christmas was commissioned in 2009 and first performed by the U.S. Air Force Band in Washington, D.C., under the direction of Lt. Col. Alan Sierichs. Intended as an audience sing-along, the first performance was led by soloists from the Air Force’s “Singing Sergeants”.

The Twelve Days of Christmas is an English Christmas carol that enumerates in the manner of a cumulative song a series of increasingly numerous gifts given on each of the twelve days of Christmas (the twelve days that make up the Christmas season, starting with Christmas Day). The song, published in England in 1780 without music as a chant or rhyme, is thought to be French in origin. The standard tune now associated with it is derived from a 1909 arrangement of a traditional folk melody by English composer Frederic Austin, who introduced the familiar prolongation of the verse "five gold rings" (now often "five golden rings").