Turkey in the Straw (tr Guion) 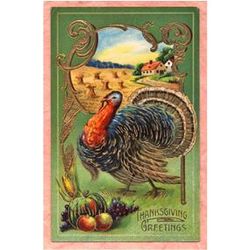 Turkey in the Straw

Turkey in the Straw is a well-known American folk song dating from the early 19th century. The first part of the song's tune may be derived from the ballad My Grandmother Lived on Yonder Little Green which was derivative of the Irish ballad The Old Rose Tree. Originally a tune for fiddle players, it was first popularized in the late 1820s and early 1830s by blackface performers, notably George Washington Dixon and Bob Farrell.