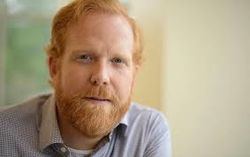 Todd Goodman’s Tuba Concerto was commissioned by the 2012 Tuba Repertoire Initiative and was premiered by Aaron Tindall in June 2012, at the International Tuba Euphonium Convention in Linz, Austria. The work, in three movements, explores the wide range and versatility of the tuba. From its incredible virtuosic athleticism to its lush gorgeous tone, the tuba has the ability to invoke many different unique characters and emotions. This work explores those characteristics through three distinct movements, each showcasing a specific idiosyncrasy of the tuba.

Movement One begins with a wave-like pulse in the accompaniment that flows throughout the entire movement, being accented and even interrupted by the lush sweeping lines of the tuba. As the movement develops, the accompaniment and soloist become more intertwined and even clash through character and harmony to the first climax. The pulse is then completely interrupted, as if leaping from the page and followed by a brief pause. The pulse regains its momentum, however, with much shorter articulations. A fleeting glimpse at a foreshadowing of the second movement then quickly returns to the opening gesture triumphantly closing the movement.

The second movement is played with very little pause from the first.

Movement Two is a lyric aria sung by the tuba, accompanied by a simple shifting chord progression. From the opening moment, this movement is a celebration of the beauty of simplicity. Rooted around a pedal A in the bass, the movement explores the upward motion of two sets of parallel sixths around a constantly varied three-note theme in the tuba. Set in a simple A-B-A form, the opening steps aside as a more rhythmic, yet floating variation of the opening material winds throughout the piece. A short recapitulation ends the movement.

Movement Three is an aggressive, athletic sprint through constantly shifting meters, fierce runs, and vigorous leaps. The opening of the movement introduces another three-note theme that winds throughout the entire movement. The tuba quickly joins the piano and moves through variations of the motif interrupting itself with long lyrical lines. The middle of the work is a development of the lyricism previously heard in the movement with a series of shifting harmonies reminiscent of the second movement. The opening section of this movement then recapitulates to a vibrant and electrifying coda giving the soloist the final word.