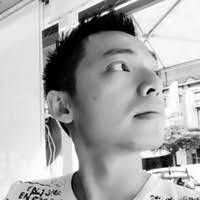 Tommy Yu (b. 23 November 1979, Jilóng, Taiwan) is an American composer and flautist.

Yu came to the United States at the age of 14. He attended Brigham Young University in Provo, Utah, and received his Bachelor of Music degree there. He then studied composition at the University of Nevada in Las Vegas. His teachers include April Clayton and Richard Soule (flute) and Michael Hicks, Murray Boren, Jorge Grossmann and Virko Baley (composition).

As a composer with an Asian background, he always incorporates elements in his compositions, which we regard as indicative of the Asian musical idiom. Usually the typical Asian folk music is put together in 3/4 and 9/8 measures and sometimes in 5/8 and 7/8 rhythms. Although the pentatonic scale is also very common far beyond Asia, the chromaticism in Asia was usually used and deployed with unprecedented variations from Western music.

In 2003 he won the Young Artist Competition of the Utah Valley Symphony Orchestra and also won a second prize at the Taipei Flute Competition in 2002 for his work The Morning Nocturne for flute and piano.