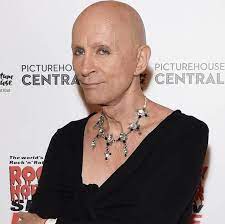 Already famous, the memorable dance number from movie hit The Rocky Horror Picture Show got even more notoriety more recently when performed by the cast of Glee. Set at a bright rock tempo, re-visit this cult-rock classic just like the cast members from Glee. It's just a jump to the left!

The Rocky Horror Picture Show is a 1975 musical comedy horror film by 20th Century Fox. The film is based on the 1973 musical stage production The Rocky Horror Show, with music, book, and lyrics by O'Brien. The production is a parody tribute to the science fiction and horror B movies of the 1930s through to the early 1960s.

The story centers on a young engaged couple whose car breaks down in the rain near a castle, where they seek a telephone to call for help. The castle or country home is occupied by strangers in elaborate costumes celebrating an annual convention. They discover the head of the house is Dr. Frank N. Furter, an apparently mad scientist who actually is an alien transvestite from the planet Transsexual in the galaxy of Transylvania, who creates a living muscle man named Rocky in his laboratory.