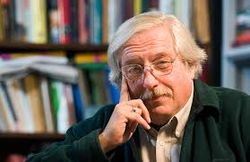 Thomas McKenney (b. 1938) is an American composer and educator.

Dr. McKenney received his Ph.D. in composition from the Eastman School of Music, and his bachelor's and master's degrees from the College-Conservatory of Music of the University of Cincinnati. In 1970 he was named the Distinguished Composer of the Year by the Music Teachers National Association. His compositions have been performed in Europe, South America, China, and throughout the United States. He is the recipient of numerous grants and commissions. In 1987, he was invited by the Ministry of Culture of the People's Republic of China to present a series of lectures on the use of lasers and electronic music.

In addition to his work at the electronic music studio at the University of Missouri, he has worked at Robert Moog's studio, the Stiftelson Elektronikmusiktudion in Stockholm, Sweden, the Center for Experimental Music and Intermedia at North Texas State University, and the Center for Electroacoustic Music at the University of Missouri-Kansas City. Dr. McKenney also oversees the annual New Music Festival and conducts the New Music Technology Institutes. Last year, Dr. McKenney received the Purple Chalk Award for Excellence in Teaching, given by the Arts and Science Student Government, and the Orpheus Award, given by the Zeta Chapter of Phi Mu Alpha Sinfonia for significant contributions to the cause of music in America.