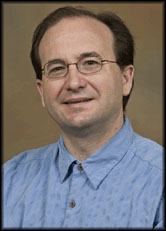 Dr. Couvillon's works have been performed in venues throughout the United States and Canada, including the Music Nouvelle Festival, the High Voltage Electro-Acoustic Music Festival, the 12 Nights Electronic Music Festival, the Festival of New Music at Louisiana State University, Sam Houston State University Festival of Contemporary Music, Kentucky New Music Festival, University of Ottawa Oboe Festival, and at regional and national conferences of the Society of Composers. Additionally, his music has been broadcast on radio as part of a NPR affiliate concert series. In March 2007, he was commissioned to compose music for Where the River Bends, a three-hour documentary televised statewide on Kentucky Educational Television. In 2008, the Kiev Philharmonic recorded his Aria for Orchestra for Volume 17 of the Masterworks of the New Era CD series.

His work Plaisirs éphémères de l’été for oboe/English horn and percussion, was given its Canadian premiere in 2012 for the closing concert of University of Ottawa’s Oboe Festival. During his sabbatical leave in spring 2015, Dr. Couvillon was awarded a grant to do a five-week artistic residency at the Banff Center in Alberta. His sabbatical composition, Mountains, Rivers, Dreams, was recently [2017] performed by the Peabody Wind Ensemble. His recent commissions include writing a four-hand piano piece for the Arizona-based Sellheim/Baker piano duo.

In addition to composing music for a wide variety of traditional media, Dr. Couvillon has done significant work in the fields of electronic music and multimedia. In 2005, he was commissioned by the Sam Houston State University Dance Department to provide the score for Return to the Land, a combination of dance, electronic music, and video, which was performed at the DiverseWorks Theatre in Houston, Texas. He has also composed several works that combine digitally-generated video imagery with original electronic music.

Dr. Couvillon's music theory research interests include the music of Schoenberg, Mahler, Schubert and Schumann. He has presented papers at Music Theory Midwest and at the South Central, Rocky Mountain and Texas regional theory societies. His most recent paper explores the relationship between counterpoint, orchestration and form in Mahler's Ninth Symphony.

In 2011, Dr. Couvillon was awarded Commissioned Composer by the Kentucky Music Teachers Association.