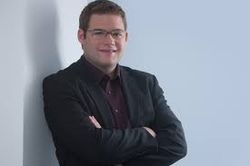 Thomas Asanger (b. 1988, Upper Austria) is an Austrian composer and arranger.

Asanger began the study of music at the local music school, learning to play flute, and bassoon, piano, and studying solfeggio, music theory, and composition. After completing his studies, he joined the Military Music Orchestra of Upper Austria. While there, he took further studies at The University for Music and Related Arts in Vienna. Currently, he is studying music pedagogy with bassoon as his major instrument. In 2007, Asanger was a second prize winner in the Austrian Composer Society composition contest.

Since 2005 Asanger has worked as a composer and arranger. His works are performed all over the world. Since 2015 he teaches Windband Conducting in Upper Austria. Since 2016 he works as a researcher at the Institute For Analysis, Theory and History of Music at the University of Music and Performing Arts, Vienna.