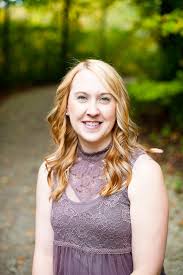 Theresa Martin (b. 1979, Omaha, Neb.) is an American composer and clarinetist.

Dr. Martin is a composer of energetic, melodious, and rhythmically driven music who often draws her inspiration from literature, images, nature, and personal experiences. She receives commissions from around the world and enjoys writing concert music for solo instruments as well as chamber, wind, and orchestral ensembles. Dr. Martin’s music has been heard throughout the U.S., and has been performed in Canada, Belgium, Great Britain, Italy, Luxembourg, Spain, Sweden, Tanzania, China, and Taiwan. She has been commissioned by internationally prominent soloists including clarinetist Robert Spring, tubaist Sam Pilafian, The Eufonix Quartet, oboist Michele Fiala, bassoonist Albie Micklich, as well as organizations such as the Barnett Foundation of Chicago, the Ann Arbor Symphony Orchestra, the Arizona Wind Symphony, and the University of Wisconsin Fox Valley Concert Band.

Her music has been recognized by the American Composer’s Forum, the ASCAP Morton Gould Young Composer's Competition, and NACUSA Young Composer’s Competition, and she has received ASCAPlus awards for the past several years for frequent performances of her music. Her pieces are performed at international conferences such as the International Double Reed Society Conferences, and the American Composer’s Alliance Summer Music Festival in New York.

Dr. Martin currently has a private studio in Wisconsin, where she teaches lessons in composition, clarinet, and piano. She teaches adjunct at local universities, including Lawrence University and the University of Wisconsin Fox Valley. As a clarinetist, she performs in the Fox Valley Concert Band, Vento Winds, and a newly formed woodwind quintet.