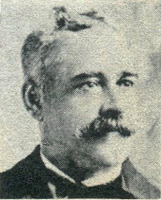 Tobani began studying violin when he was five years old. The family moved to the United States, where he attended the Rivington School in New York, but they returned to Europe when it became evident that Theodore was a musical prodigy. He was a concert violinist by the time he was 10. In 1870, he returned to the United States and performed with the orchestra at Simpson's Theatre in Philadelphia. He was only with this orchestra for a short time when its leader was taken ill, and he assumed the leadership for the remainder of the season. From 1872-1874, he played first violin at the Arch Street Theatre of Mrs. John Drews. It was during this period that his first published composition was printed by Lee & Walker.

He returned to Germany after the close of the 1874 season, furthering his music studies. In 1875, he came back to New York City and played violin solos for six seasons at Wallach's [later the Star] Theatre. During this time, he also taught violin, piano, and harmony and was leader of several amateur orchestras. Shortly thereafter, he played at the Grand and Bijou Opera Houses and also with the concert organizations of Walter Damrosch and others.

He reportedly composed over 500 original works, his best known composition being Hearts and Flowers, which he composed in half an hour in 1893, and which continued to sell more than 100,000 copies annually until the end of his life. In addition to orchestral and piano works, he was also a prolific arranger of music for band. Between the years 1882-1886 alone, over 450 of his arrangements and original works were published. The total number of his arrangements exceeds 4,500. He was so prolific that his publisher, Carl Fischer, insisted that he use multiple pseudonyms; Fischer was concerned that nobody would believe how much Tobani was composing.

That he was successful in other than musical endeavors is evidenced by the fact that in his later years he was a well known real estate broker and owned a considerable amount of property on Long Island.

N.b. This composer's name is often seen written as a compound last name, Moses-Tobani. This is incorrect. Tobani is the family name, Moses is the middle name.