Theme from "Lawrence of Arabia" 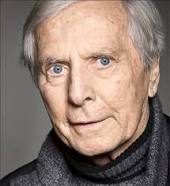 David Lean’s epic film Lawrence of Arabia was nominated for ten Academy Awards and won seven, including Best Original Score for Maurice Jarre’s masterful musical depiction of the exotic world through which T.H. Lawrence passed. Alfred Reed’s setting of the music for concert band, available here for the first time in full score with newly edited parts, is built on two of the main themes: the Arabian motif, with its blazing color and almost-barbaric effects; and the Lawrence theme, a haunting, poignant melody that reflects both his love of the desert and his internal, psychological conflicts.

Lawrence of Arabia is a 1962 epic historical drama film based on the life of T. E. Lawrence. It was directed by David Lean and produced by Sam Spiegel through his British company Horizon Pictures, with the screenplay by Robert Bolt and Michael Wilson. The film stars Peter O'Toole in the title role. It is widely considered one of the greatest and most influential films in the history of cinema. The dramatic score by Maurice Jarre and the Super Panavision 70 cinematography by Freddie Young are also highly acclaimed.

The film was nominated for ten Oscars at the 35th Academy Awards in 1963; it won seven in total. It also won the Golden Globe Award for Best Motion Picture - Drama and the BAFTA Awards for Best Film and Outstanding British Film.

The film depicts Lawrence's experiences in the Arabian Peninsula during World War I, in particular his attacks on Aqaba and Damascus and his involvement in the Arab National Council. Its themes include Lawrence's emotional struggles with the personal violence inherent in war, his own identity, and his divided allegiance between his native Britain and its army and his new-found comrades within the Arabian desert tribes.