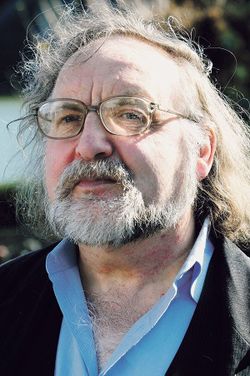 In contrast to the obvious confrontation and contest typical of works for soloist and large orchestra, here there is endless scope (already prefigured in the keyboard concertos of Bach and Mozart) for constantly reinventing the role of the soloist in relation to the other players.

For Ferneyhough, this problematizing of the relationship between soloist and ensemble had already started in the third part of the Carceri d’invenzione cycle, namely Carceri d’Invenzione II, for flute and small orchestra, where, consciously following the example of Arnold Schoenberg’s Phantasy Op. 47, the mosaic-like solo part was written first, and the more 'directional' orchestral music was then grafted around it. And although (or perhaps because) Carceri II, for all its brilliance, is perhaps the least immediately convincing part of the Carceri cycle, it clearly set the composer thinking about all the possible relationships between a soloist and an ensemble. The result was a sequence of five works for solo instrument and ensemble -- in chronological sequence, La Chute d’Icare (1988), Terrain (1992), Allgebrah (1996), Incipits (1996) and Les Froissements d’Ailes de Gabriel (2003).

Of all these pieces -- none of which places anything less than cruel demands on the soloists -- Terrain is the most wildly virtuosic. Here, Paganini has to rise from the grave, reincarnated (initially via Irvine Arditti) as a transcendental modernist. From the very first bar, the violin part is electrifying, both in its difficulty and its intensity. At the same time, it is set against an ensemble which, far from offering support, is its very antithesis. The latter consists of the eight instruments (flute, oboe, clarinet, bassoon, horn, trumpet, trombone and double bass) of Edgard Varèse’s Octandre, which Ferneyhough cites as ensuring that “composing became my definitive goal in life”.

The title Terrain has many references, all involving some geological aspect: the earthworks and writings of Robert Smithson, the eponymous poem by A. R. Ammons, which, for Ferneyhough, deals “with natural forces as a metaphor for the creative process”, but also the whole notion of shifting geological plates, and the enormous frictions between layers that these create. Hardly ever does the ensemble operate as a unified ‘tutti’: for most part it involves layers (strata) of two or three instruments that collide and then realign into different combinations.

At the simplest level, one hears Terrain as a piece in two parts, each preceded by a violin cadenza. But in fact the violin cadenza runs, almost without respite, from start to end of the piece. When the ensemble first enters, it juxtaposes solos, duos and trios, but gradually accumulates some larger groupings. After a second solo violin passage, the ensemble re-enters as, for the first time, a soft, almost amorphous tutti (this is the only passage where the violin is absent), and from this point on, the work is a sort of textural rondo, where each attempt to reassert a ‘tutti’ presence is eroded by fresh small-group alliances. At the very end, the violinist’s almost Webernesque downward, whispering figures seem like a gently ironic commentary on the turmoil that has preceded them.

For Irvine Arditti and the Asko Ensemble.