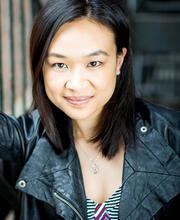 Raised in Honolulu, Hawaii, Dr. Ko earned degrees from Indiana University and the Eastman School of Music. She holds a DMA from Cornell University, where she studied with Steven Stucky and Kevin Ernste.

Ko's music has been lauded by The New York Times for its “captivating” details and “vivid orchestral palette.” Her interests in texture and physical movement play into a larger theme of interdependency between visual art and music. Her explorations as an artist have sparked interdisciplinary connections -- most prominently “Breath, Contained”, an ongoing project using bubble wrap as a canvas for both art and sound.