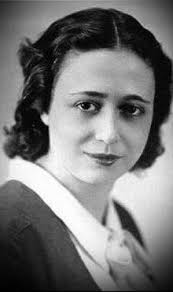 1. Farandole des jeunes filles (Farandole of the young girls)
2. Chanson pour ma mie (Song for my love)
3. La bohémienne (The Bohemian woman, or The Gypsy)
4. Des alyscamps l'âme soupire (A Sigh on the soul for the Alyscamps)
5. Le cabridan (The Bumblebee)

Tableaux de Provence (Pictures of Provence) is a programmatic suite composed by Paule Maurice (Sept. 29, 1910 – August 18, 1967) between 1948 and 1955 for alto saxophone and orchestra, most often performed with piano accompaniment only. The work was dedicated to French saxophone virtuoso Marcel Mule.

The movements describe the culture and scenery of Provence, southeast France, where the Mules, Paule Maurice and her husband, composer Pierre Lantier, spent vacation time together. Tableaux de Provence was first recorded by Marcel Mule in 1957 on the Selmer release Marcel Mule, with Solange Robin on piano. It was premiered on December 9, 1958, by Jean-Marie Londeix with the Orchestre Symphonique Brestois.

The "Tableaux" is a series of musical pictures from the area known as Provence in the southeast corner of France bordering the Mediterranean. Ms. Maurice explains each of the five sections: in the first movement, the Farandoulo di Chatouno (Dance of the Young Girls), is the joyous sound of young girls in France dancing to the provenceal dance, known as the farandoll; the second movement Cansoun Per Ma Mio (Song for My Love), is a serenade whose accompaniment sounds the open strings of the guitar at the beginning of the piece. La Boumiano (The Bohemian Women or The Gypsy), is a rhythmic soliloquy of the people of mige [sic]. In Dis Alyscamps I'amo Souspire (A Sigh on the Souls for the Alyscamps) are the laments of friends that hover over the cemetery at Alyscamps expressing sadness. Finally Lou Cabridan; Cabridan is described as a great, flying creature, turning and bustling through the provence. He takes a moment to poise on the flowers, then, watching his chance, flees his narrow valley.

The contrasting movements of this work are full of animation and charm. This piece is considered one of Maurice's finest.