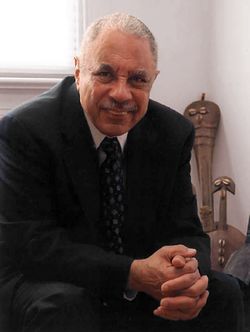 He was a child of musical parents and joined a black jazz orchestra as a youth. He studied at West Virginia State College, Pennsylvania State University, and the University of Iowa, and among his teachers were Darius Milhaud, George Ceiga, Philip Bezanson, and Richard Hervig. After teaching music in schools and colleges for several years, he was appointed chairman of the music department at Tufts University. He was named Austin Fletcher Professor of Music in 1988.

Anderson was the first black composer-in-residence of the Atlanta Symphony Orchestra and has received several fellowship awards and numerous commissions. He is best known for his orchestration of Scott Joplin's opera, Treemonisha. His original works are mostly for orchestra, chamber ensembles, piano, voice, and band.