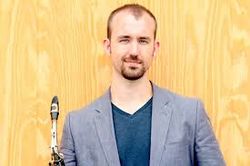 1. Fisherman at Sea
2. The Slave Ship
3. Snow Storm-Steam boat off a Harbour’s Mouth

“The Sun is God.” These final words of Joseph Mallard William Turner (1775-1851) before his passing are the perfect encapsulation of his groundbreaking style and aesthetic. Turner was one of Britain’s greatest painters and arguably one of the first painters to experiment with impressionism. His detailed and nuanced shadings of color and striking vistas in his paintings, the seascapes in particular, have held a lasting impression on me. When developing the initial framework for this piece, the idea of writing music around Turner’s seascapes immediately enraptured me and eventually the piece became Symphony No. 1 “Seascapes” .

This piece is not only a tableau of Turner’s paintings but of different characters of the sea. The mysterious mysticism, foreboding terror, and vibrant brilliance of the ocean are portrayed within the various movements.

Prelude: Fishermen at Sea portrays the vibrancy and mystery of the ocean. The clarinet cadenza at the beginning serves to introduce the main melodic motive of the symphony, in addition to representing the fishermen’s journey out to sea. As the woodwind texture thickens, the fishermen discover the brilliance of the ocean as well as its mystery. The nocturnal foreboding of the seascape takes hold as the brass enter and the waves swell higher. Foreboding gives way to hope when the orchestration lightens to a soprano saxophone solo followed by a harp solo. The movement ends with the onset of a coming storm, as the sense of mystery and foreboding returns before the band fades out.

The Slave Ship portrays the terror and danger of the ocean. Narratively, this movement follows the inspiration of the painting. In 1781, the captain of the slave ship Zong ordered 133 sick and infirm slaves be thrown overboard in order to collect on the insurance money, rather than try to sell “damaged goods.” The typhoon in the background of the painting is heard in the foreboding bass drum and tam-tam rolls. The rhythmic clanking of chains and mournful melody heard throughout the movement embody the atmosphere aboard the slave ship. As the melody keeps cycling and the texture thickens, the sound of slaves wailing as they fall into the ocean grows louder and more frequent. After the horrific realization of the chaos above deck, the band softens once more, singing the main melody to mourn the begotten souls committed to the deep, while the wailing of seagulls and the drowning can be heard in the background.

Snow Storm-Steam boat off a Harbour’s Mouth is the most formal of the movements. Using the painting as a guide, I wanted to create a distinction between the chaos and horizon-blurring of the storm in the painting in comparison with the dark, industrial nature of the steamship in the center of the painting. The ocean and storm are characterized by densely textured woodwinds and a more ambiguous sense of time and pulse. While the steam ship is very straightforward, brass and percussion heavy, and a liberal use of the anvil for emphasis. Over the course of the work the two characters combine with great fanfare and culminate in a grand unison fanfare.