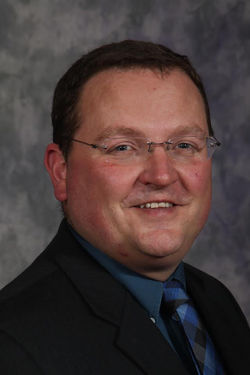 In times of war, our armed services have very specific duties. The Navy and Marine Corps are primarily the “first to fight”, the Navy from the sea and from delivering the Marines to land. Movement 1 of the work is a triumphant fanfare that should raise thoughts of these services entering battle. As a Marine, many times when presented with the possibility of having to go to war, I was always willing but reserved. I hope that in movement one it relays that willingness with the bright fanfare but yet the thought of the individual service members and the leadership of the country in thoughtfulness in the center section as the horn melody takes us across the sea and into the area of conflict. The final part of the movement is the realization of our protection being required and the ability of our services to provide this as the fanfare returns and we enter the battle. This is typically a very quick occurrence and the length of the movement is meant to adhere to that idea.

Movement 2 is for all air forces of the United States. Typically, in a wartime situation, the air force will follow the initial movement to contact with bombing raids. This movement is meant to musically depict a single aviator from his point of departure to return. The opening slow section is this airman’s walk to his aircraft, and the accelerando is representative of the entry to the sky as he/she goes to where the ordinance will be dropped. The first melody in the fast section is the travel and should elicit feelings of excitement but yet fright for the mission ahead. Continuing, the sound screen in the woodwinds and the fanfares below in the brass are the bombs being dropped. This leads to the height of battle with the rising woodwind lines that eventually all come together with the full ensemble to create a tremendous pinnacle to the battle. I hope everyone can gain a small bit of the feeling that service members experience as they reach the point of saturation during times of conflict. This immediately dissolves to an unwieldy off-center feeling of the mixed meter section where the pilot has reversed course to return to base, but can see the battle field slowly dissolve behind, holding the remains of the battle. We continue this as the horns and saxes provide us the sounds of the airman's return, and we enter the fast and flowing sixteenth notes that bring the pilot on his final approach to base, and the return of the slow section as the mission has ended.

Movement 3 is for all ground forces. The idea is that again in the progression of war, after the initial attack of the Navy and Marine Corps, followed up by the air campaign, the Army and other ground forces follow on to fortify the area. This is typically a much longer time frame. Thus, the lengthening of the movement. The opening is the entry to the battle field. The horns state the opening, then the second time the low brass bring in counter to the fanfare. We immediately hear the percussion bring us into the battle and hear the troops marching forward. This lasts quite some time with different orchestrations and compositional techniques that eventually lead us into the movement to contact. As the movement to contact occurs you will hear sounds of the battlefield. This leads us into the actual battle as the music comes to a sustained volume, then dissipates as the battle ends.

Movement 4 is “for the fallen.” The unfortunate fact of war is that we always lose many of our brave service members. This is the only movement that uses preconceived material, in that is built upon the hymn Nearer My God to Thee as well as the Bach chorale Our Father in the Kingdom of Heaven. My description is that after death I believe that those of us who have accepted Christ as our savior will ascend to heaven to be with Him. It is my hope that this is the case of all service members that we lose. The movement is meant to show the movement from this world to that of the heavenly world. The first section of the movement starts this progression and leads us to the saxophone quartet that brings us to the gates of heaven. With a abrupt change the walk into heaven and the sights and sounds that are heard is brought to us. Then as we approach the throne of God the ensemble builds progressively until the face of God is visible as the Bach chorale is stated in the full ensemble. At this time the original chorale comes back as we celebrate eternity in peace.

This movement is also dedicated to my friend and mentor, Dr. David Maslanka. The movement is constructed using many Maslankian techniques found in his symphonies. Although for all fallen service members, it is also my farewell to a kind and gentle soul that gave us so much.

Symphony No. 1 "Heroes" was commissioned by a consortium of seventy-seven universities, public schools, community groups, and military bands, led by Larry H. Lang of the U.S. Air Force Band, and Bruce Moss of the Wheaton Municipal Band.