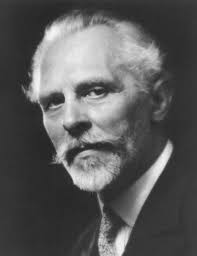 This wind band transcription of the fourth movement, Toccata (Moto Perpetuo), only was made for the Depauw University (Greencastle, Ind.) Band by James Beckel Depauw professor trombone.

Jongen's monumental Symphonie Concertante of 1926 is a tour de force, considered by many to be among the greatest works ever written for organ and orchestra. Numerous eminent organists of modern times (such as Virgil Fox, Alexander Frey, Jean Guillou, Michael Murray and Olivier Latry) have championed and recorded it. The work was commissioned by Rodman Wanamaker for debut in the Grand Court of his palatial Philadelphia department store, Wanamaker's. Its intended use was for the re-dedication of the world's largest pipe organ there, the Wanamaker Organ, as part of a series of concerts Rodman Wanamaker funded with Leopold Stokowski and the Philadelphia Orchestra. Wanamaker's death in 1928 precluded the performance of the work at that time in the venue for which it was written, but it was finally performed for the first time with the Wanamaker Organ and the Philadelphia Orchestra on 27 September 2008.

A good example of Jongen’s art can be heard in the Symphonie Concertante, op. 81, of 1926. It opens with a fugato from several orchestral instruments above a pedal point. The minor key is transformed into major with the first organ solo. A lyrical secondary theme brings out the solo winds, evoking an impressionistic atmosphere. Jongen deftly combines sonata form and contrapuntal effects with escalations and relaxations, reprises and strettos.

The second movement is a sprightly Divertimento, a ‘pièce en style libre’ in the style of Lois Vierne. Again and again the winds interject the movement’s basic motif. Toward the end the strings produce almost exotic Far Eastern sounds, and the orchestral colours enter delightful syntheses with the timbres of the organ. The following Lento misterioso conjures up a sultry summer day with sunrise -- Strauss, Mahler and Debussy all pursued similar ideas, which hung in the air (Jongen did not simply copy them!). The organ sound is employed in large swaths, and the movement adopts a linear melodic structure before the finale brings out the mighty sound of the orchestra, and especially the organ, in the moto perpetuo style of French organ toccatas.

The piece ends in C major, the lowest note on the organ (ideally it should be given to a 32-foot Bombarde in the pedal!). This chord would have truly filled the Philadelphia department store for whose famous organ the symphony was commissioned by the American department store magnate Rodman Wanamaker.