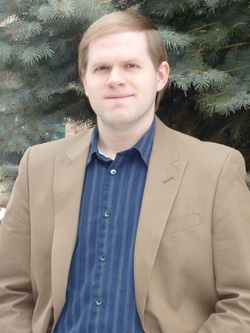 Swing Landscape: Rhapsody for Piano and Wind Orchestra is an essay on the nature of modernism, postmodernism, and American musical cultural in the 1930s. The paintings of early American modernist Stuart Davis were an important source of inspiration, most notably his 1938 mural Swing Landscape and the similarly themed Hot Still-Scape in Six Colors. Davis’ attempted to bridge the techniques of his European contemporaries, such as Picasso and Matisse, with the uniquely diverse cultural scene in New York City during the 1920s and ‘30s. In particular, jazz and swing music played a major role and Davis sought to break down the barriers between high and low cultures. In this way he helped to bridge the gap to postmodern and pop artists like Warhol in the 1950s and ‘60s. On the musical side of things, George Gershwin’s landmark Rhapsody in Blue shares many commonalities with Davis’ works. He was similarly informed by European contemporaries, most notably Ravel and Milhaud, and also rejected the artificial separation among jazz, classical, and popular music. The piece’s title also draws from contemporary art, a suggestion made by the composer’s brother and collaborator Ira.

With these two titanic figures as inspiration, my work attempts to update their methods to incorporate 21st century artistic ideals. Davis’ Hot Still-Scape in Six Colors helped to inform the basic structure of my rhapsody, with each section being labeled according to colors. These colors seem to be chosen deliberately to represent the fundamental nature of light and pigment. In order to relate these to music, I chose to utilize the harmonic series, or chord of nature, to correspond to each color. The odd-numbered partials through the thirteenth were selected to create the following sections: I. White (B-flat), II. Red (D), III. Yellow (F), IV. Blue/Orange (A-flat and C), V. Black (E), and VI. White (B-flat). The astute musician will note that this arpeggiates a B-flat dominant eleventh chord, an extremely common harmony in jazz music. These “spectral” chords are used as sectional markers throughout, including an intense brass chord before the coda that splits a B-flat major triad into an eleventh chord to represent a prismatic splitting of light. (Blue and orange are combined for two reasons: they are on opposites sides of a color wheel, and the great proto-spectralist composer Messiaen often described his favorite harmonies as “blue-orange.”)

The many diverse sections reflect the Gershwin work’s numerous compartmentalized short ideas. However, my work attempts to create a more coherent form by recapitulating primary motives in different guises throughout the piece. Each section is also an homage to different styles of jazz or 20th-century music, including minimalism, stride piano, post-bop, primitivism, modal jazz, and spectralism. Also similar to Gershwin, the solo piano interacts freely with the ensemble throughout, only taking a fully soloistic role in the lyrical center section. Ultimately, the piece attempts to bring about a satisfying philosophical time-travel adventure through the metamodernist lens of the early 21st century.

Swing Landscape was commissioned by the Iowa Bandmasters Association for a world premiere on May 10, 2018, with Karl Paulnack and the Des Moines Symphony Winds, Dr. Rebecca Phillips conducting.