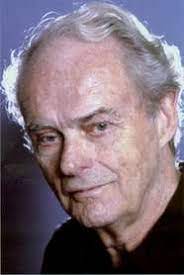 Summer Suite is a transcription for concert band of one of my first orchestral works, Second Suite for Orchestra, Opus 8,. The last movement is a rousing parade, and when the opportunity presented itself last year I decided to recast it for concert band. Greg Wolynec and his players at Austin Peay State University enjoyed it sufficiently to encourage me to work on the first two movements for them. Rethinking the first movement (which was originally titled Scherzo) was a challenge and education, particularly in dealing with the lack of high strings, and tempo considerations. The second movement was a piece of cake, and I'm especially pleased with the way the long theme fits the French horn. I feel like my twenty-six-year-old self has made a gift to my present self.

The band work was commissioned by Austin Peay State University expressly for the university wind ensemble.

The orchestral original included movements titled Scherzo, Nocturne and Parade. In 2007 Hoiby rescored Parade as American Parade for concert band. It was premiered by the APSU [Austin Peay State University] Wind Ensemble in March of 2007 while Hoiby was in the midst of a two-week residency on the Clarksville campus. The band area commissioned the remaining two movements to be transcribed for the 2007-08 school year.

The opening Scherzo was renamed Waterside and features delicate counterpoint and prominent solo writing in the outer sections. The middle section of this movement contrasts with striking rhythmic complexity in two legato lines. The movement closes with reflective, “Copland-esque” scoring.

The middle movement was renamed from Nocturne to Evening and is the emotional focal point of the work. The opening 16-measure melody was moved from English horn to horn and is accompanied by stunning harmonic motion in the clarinet choir and bass. The middle section makes use of alternating bars of five and four in a sort of Renaissance dance. This is followed by a haunting canon at the seventh between horn and flute based on the opening melody.