Suite from "Sketches of Cinema" 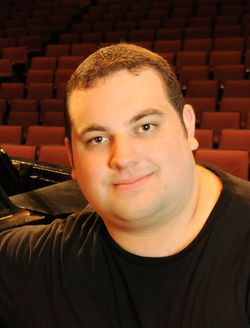 The two greatest forms of music preservation lie in the written score and sound recordings. Sitting at a desk and scribbling notes on music paper is a gratifying experience, but also one that only requires a few things - a stack of paper, freshly sharpened pencils and an endless flow of inspiration and creative energy. However, the challenge to assemble a full symphony orchestra to create the sound recording, though also gratifying, is a daunting task in the realm of production responsibilities. Before I speak specifically about my current project, a few brief remarks on my musical aesthetics.

I have always been fascinated by the symphony orchestra. The idea that this diverse, multitude of people with varying sonic instruments can collectively create many different textures and feelings, is something that continues to awe-inspire. Thinking of films with great, memorable scores, that had an impact on me, only to name a few: Star Wars, E.T., Indiana Jones, Lawrence of Arabia, The Magnificent Seven, Psycho and To Kill a Mockingbird. For me, the synthesis of image and music is a powerful one, and one that has been illustrated by great composers such as John Williams, Ennio Morricone, Bernard Herrmann, Jerry Goldsmith, and Elmer Bernstein, to name only a few. As a musical auteur, the greatest feeling of joy is hearing the music by itself. One only needs to hear a piece of music from Star Wars to immediately be taken inside the film, without the necessity of viewing the scene.

With these thoughts in mind, I've set out to create a new orchestral work entitled Sketches of Cinema. It is a ... suite ... consisting of musical jottings that reflect my love and nostalgia for great melodic, musically-developed motion picture scores of yesteryear. It is my hope that Sketches of Cinema will have a similar effect on the listener; to be taken into different worlds of the imagination through music.

This suite for wind ensemble is derived from Vincent Oppido's 2016 eight-movement orchestral work Sketches of Cinema.