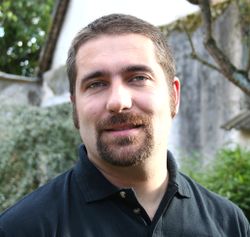 Suite Mainvilloise was commissioned by the concert band of Mainvilliers, in France, not far from Chartres and its magnificent cathedral. The work, in three movements, evokes the city that sponsored the work.

The first movement, sometimes solemn and majestic, is inspired by the history of the city, the arrival of the Germans in the 5th century, the wine-growing activity in the 18th century, which will have up to 90 winegrowers at the time of the French Revolution, and the construction of the town hall in 1902, called "la Folie".

The second movement evokes a stroll through the streets of the city, discovering the different districts, the Saint-Hilaire church and its magnificent stained-glass windows, and the park of the old castle of La Garenne.

The third movement illustrates the festive moments of the city, such as the celebration of Saint-Hilaire, during three days in June, when the population joins the musicians in joy and good humor, but also the twinning with the German city of Romerberg.