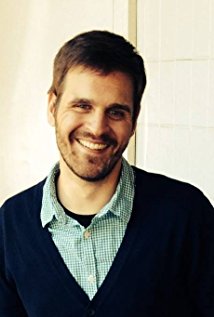 Mr. Kukla's principal teachers have been Michael Gandolfi, Lee Hyla, John Mallia, and Paul Chihara; he has also studied with Steven Stucky, George Tsontakis, and Malcolm Peyton. Having earned his B.M. in music composition from the New England Conservatory in 2006 and an M.M. in 2008 from the same institution, he also holds an M.A. in film scoring from the University of California at Los Angeles.

A composer for film, television and the concert hall, Kukla's music covers a wide variety of styles and genres. As a film and television composer, his work appears regularly on networks such as TruTV, The Discovery Channel, Animal Planet, and the History Channel. His credits include music for The Discovery Channel’s Shark Week, Ancient Aliens, Forensic Files, and many others. He is a winner of UCLA's Henry Mancini and Lalo Schiffrin awards, as well as the Jerry Goldsmith Memorial Award.

As a concert hall composer, Kukla’s music has been performed by, among others, the North Carolina Symphony and Pops Orchestras, the Sparks Wind Quartet, and the United States Air Force Band of Liberty. He has written works for various solo artists and chamber ensembles, including a wind quintet for the Tradewinds Wind Quintet (Boston), and a string quartet for the Laurel String Quartet (Boston), which won him the New England Conservatory’s 2008 Composition Competition.