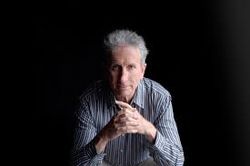 Stephen Montague (b. 10 March 1943, Syracuse, N.Y.) is a American/British composer, pianist and conductor.

After studying piano, conducting and composition at Florida State University, B.M. 1965 with Honors, M.M. 1967, Montague received a Doctor of Musical Arts in composition from Ohio State University in 1972. He did additional study in conducting at the Mozarteum, Salzburg, Austria, 1966, computer music at IRCAM, Paris, 1981, and at Stanford University, California, 1984. He was awarded a Fulbright Fellowship/Polish Cultural Grant to work at the Experimental Music Studio of Polish Radio, Warsaw, Poland, 1972 -74. Since 1974 Montague has lived in London, working as a freelance composer, pianist, and conductor touring worldwide.

As a pianist, Dr. Montague has recorded for many European radio networks and has performed at Carnegie Hall in New York, the Queen Elizabeth Hall in London, and the Centre Georges Pompidou in Paris. In 1985 he formed a duo with pianist Philip Mead, the Montague/Mead Piano Plus, which toured internationally. His conducting specialty is 20th and 21st century music and has included work with the Bournemouth Symphony Orchestra, London Sinfonietta, and City of London Sinfonia amongst others. In addition, Montague has created multi-channel electroacoustic sound environments.