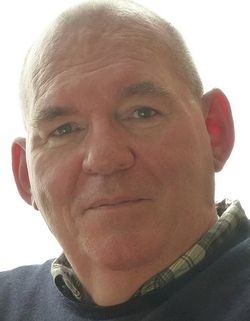 McNeff studied composition at the Royal Academy of Music and did post-graduate work at the University of Exeter. He began his career working in theatres throughout Britain and he became Associate Director at the University of Manchester’s Contact Theatre. He went to the Banff Centre in Canada as composer in residence, writing a number of music theatre works before becoming Artistic Director of Comus Music Theatre in Toronto. There he won a Mavor Moore Award for his opera The Secret Garden. On his return to Britain he won a Scotsman award at the Edinburgh Festival for his opera Aesop, written with long-time collaborator, the Cornish poet Charles Causley.

Although specializing in opera and music for the theatre and voice, he has written important instrumental pieces, including a cello sonata, a piano quintet and a large range of works for wind ensembles of various kinds. Ghosts, his first major success in this genre, has been played extensively in Europe, Japan and the USA, and has been recorded twice. The Royal Northern College of Music recorded a portrait album of his wind music, Image in Stone, available on the Campion label, and other recordings of wind music recordings feature the University of Indiana on the Klavier label.

A long relationship with the Unicorn Theatre produced many new scores, notably his music for a series of plays based on Beatrix Potter’s children’s stories. These have been very successfully made into the Beatrix Potter Suites recorded on Chandos by the BBC Concert Orchestra with Imelda Staunton.

In 2005 he became Composer in Residence with the Bournemouth Symphony Orchestra where principal conductor Marin Alsop gave premieres of three new symphonic works, Heiligenstadt, Secret Destinations and the Sinfonia. Other works for the BSO included Weathers for chorus and orchestra, and Echoes and Reflections, premiered by Yan Pascal Tortelier.