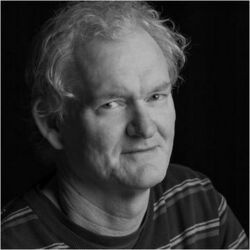 Stephen McRae Benfall (b. 9 May 1957, Perth, Australia) is an Australian composer and performer.

Benfall studied composition with Roger Smalley and electronic music with John Exton at the University of Western Australia. He graduated with a Bachelor of Music degree with Honours in composition and the J. Hodges Prize for undergraduate composition in 1983, and in 1984 was awarded a fellowship to the Young Composers School in Sydney. He was also artist in residence at the Western Australian Institute of Technology's School of Art and Design in 1984 and two years later was awarded a fellowship to the Australia/New Zealand Dance Course in Christchurch, NZ, under the direction of Graeme Murphy.

Benfall has won a number of awards for his music, including the 1990 Sounds Australian Critics Award for Best Tape Piece and the Jean Bogan Prize for a solo piano work (Hammers) in 1991. Benfall was mainly active as a composer in the 1980s and '90s, though he has more recently (2016-18) revised a number of older works. He has worked for 30 years as a music teacher with the WA Education Department.