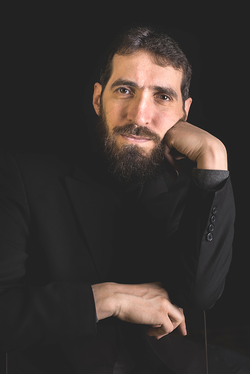 Starburst was completed in 2010 for a joint commission by the Baltimore Symphony Orchestra, Kansas City Symphony, and Fundación Orquesta de Extremadura in western Spain. The piece has been performed more than fifty times by orchestras around the world, and today’s performance marks the long-awaited première of the work’s arrangement for band. As noted by Baltimore Symphony Orchestra annotator Janet E. Bedell:

Leshnoff chose the name Starburst because ‘the word has a lot of energy to it and I like the image of light.’ He adds that the piece has ‘lots of orchestral shimmer’ with its emphasis on fast patterns in the upper woodwinds and strings. Starburst is structured in two parts. Two important motives are developed at the beginning: a running or ‘fleeting’ motive in the woodwinds and a rhythmically crisper, more detached idea in the strings. The music climbs to a big outburst, and then a clarinet cadenza in a much slower tempo leads to the second phase. The fleeting motive returns in a march-like, repetitive guise. From then on, the piece gets bigger and bigger until it explodes at the end -- just like its name.

Describing the work’s première performance in The Baltimore Sun, reviewer Tim Smith called Starburst “a curtain-raiser in the best sense of the word, full of energy and anticipation. The composer’s most distinctive talent may be for creating deeply lyrical themes, but here, his focus is on propulsion and creating a sense of almost frantic searching....”