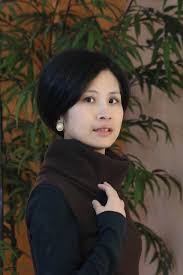 Ssu-Yu Huang (b. 1970, Taiwan) is a Chinese composer living in the United States.

Huang studied piano from the age of six. She began her study of composition in 1987, while she attended the Tainan Woman’s College of Arts and Technology majoring in electronic organ and piano. In 1996 she graduated from the Chinese Culture University in Taipei. She studied composition and piano at the University of Melbourne, Australia in 1997. She came to the United States in 2007 and studied with Dr. Geoffrey Gibbs of University of Rhode Island and American composer Barbara Kolb.

Now being a freelance composer, she has composed over 90 original pieces and has arranged over 100 pieces to date. The majority of her works were either commissioned or invited by music groups and musicians including National Taiwan Symphony Orchestra, Taiwan Navy Band, Taiwan Wind Ensemble, Hsinchu Wind Orchestra, Taoyuan Wind Orchestra, and BYU-Idaho, among others. Ssu-Yu’s works have been performed by internationally renounced musicians and orchestras in Argentina, China, Germany, Japan, and Venezuela. Her compositions cover a wide range of music with bold and delicate genre. She has received awards including the first Call for Score of the National Symphony Orchestra of Taiwan in 2010 (winner), the 2013 IBLA Grand Prize (Most Distinguished Award), the 2015 and 2016 American Prize (semi-finalist), the 2016 Ernst Bacon Award (semi-finalist), the 2016 Maurice Ravel International Composition Competition (semi-finalist), and the 2019 Artemis Film Festival Women Powered Music (finalist). In 2018, her orchestra piece Heritage of Hakka was premiered at the grand opening ceremony of the National Kaohsiung Center for the Arts, Weiwuying.