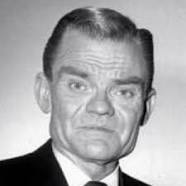 Jones' father was a Southern Pacific railroad agent. Young Lindley Jones got his nickname by being so thin that he was compared to a railroad spike. At age 11 he got his first set of drums. As a teenager he played in bands that he formed himself; Jones' first band was called Spike Jones and his Five Tacks. A railroad restaurant chef taught him how to use pots and pans, forks, knives and spoons as musical instruments. Jones frequently played in theater pit orchestras. In the 1930s he joined the Victor Young orchestra and got many offers to appear on radio shows, including Al Jolson's Lifebuoy Program, Burns and Allen, and Bing Crosby's Kraft Music Hall.

Jones became bored playing the same music each night with the orchestras. He found other like-minded musicians and they began playing parodies of standard songs for their own entertainment. The musicians wanted their wives to share their enjoyment, so they recorded their weekly performances. One of the recordings made its way into the hands of an RCA Victor executive, who offered the musicians a recording contract. The City Slickers' first record was Der Fuehrer's Face. The record's success inspired Jones to become the band's leader. He initially thought the popularity the record brought them would fade. However, audiences kept asking for more, so Jones started working on more comic arrangements.

The City Slickers developed from the Feather Merchants, a band led by vocalist-clarinetist Del Porter, who took a back seat to Jones during the group's embryonic years. They made experimental records for the Cinematone Corporation and performed publicly in Los Angeles, gaining a small following. The band signed a recording contract with RCA Victor in 1941 and recorded extensively for the company until 1955. They also starred in various radio programs (1945–1949) and in their own NBC and CBS television shows from 1954 to 1961.

After appearing as the house band on The Bob Burns Show, Spike got his own radio show on NBC, The Chase and Sanborn Program, as Edgar Bergen's summer replacement in 1945.

Jones and his band specialized in satirical arrangements of popular songs. Ballads and classical works receiving the Jones treatment were punctuated with gunshots, whistles, cowbells and outlandish vocals. From the early 1940s to the mid-1950s, Jones and his band recorded under the title Spike Jones and his City Slickers and toured the United States and Canada with their The Musical Depreciation Revue.

The rise of rock and roll and the decline of big bands hurt Spike Jones' repertoire. The new rock songs were already novelties, and Jones could not satirize them the way he had lampooned Cocktails for Two or Laura. He played rock music for laughs when he presented "for the first time on television, the bottom half of Elvis Presley!" This was the cue for a pair of pants—inhabited by dwarf actor Billy Barty—to scamper across the stage.