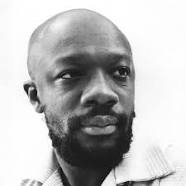 Co-author Isaac Hayes found the inspiration for Soul Man in the turmoil of the civil rights movement of the 1960s. In July 1967, watching a television newscast of the aftermath of the 12th Street riot in Detroit, Michigan, Hayes noted that black residents had marked buildings that had not been destroyed during the riots – mostly African-American owned and operated institutions – with the word "soul". Relating this occurrence to the biblical story of the Passover, Hayes and songwriting partner David Porter came up with the idea, in Hayes's words, of "a story about one's struggle to rise above his present conditions. It's almost a tune [where it's] kind of like boasting 'I'm a soul man'. It's a pride thing."