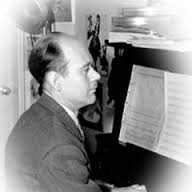 Incorporating the music of Walt Disney's Snow White and the Seven Dwarfs.

Snow White and the Seven Dwarfs is a 1937 American animated musical fantasy film produced by Walt Disney Productions and originally released by RKO Radio Pictures. Based on the German fairy tale by the Brothers Grimm, it is the first full-length cel animated feature film and the earliest Disney animated feature film.

Snow White was nominated for Best Musical Score at the Academy Awards in 1938, and the next year, producer Walt Disney was awarded an honorary Oscar for the film. In 1989, the United States Library of Congress deemed the film "culturally, historically, or aesthetically significant" and selected it for preservation in the National Film Registry. The American Film Institute ranked it among the 100 greatest American films, and also named the film as the greatest American animated film of all time in 2008.