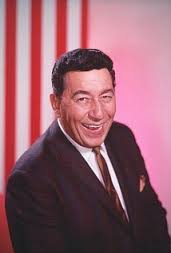 The swing classic Sing, Sing, Sing, which in 1937 was a major hit for the Benny Goodman Orchestra, was written by its trumpet player Louis Prima. Prima, born in New Orleans, did not only later become known for his spectacular live and radio performances. He also created his own jazz style -- a mix of Dixieland and swing. This arrangement for concert band brings the unforgettable sound of the big bands from the thirties back to life.

Sing, Sing, Sing is probably the most famous tune associated with bandleader Benny Goodman, if not the entire swing era. The original number was written by Louis Prima, intending to feature a vocalist (as the title suggests) accompanied by Goodman’s big band. However, the talented instrumentalists in the band kept changing it in performances, adding new passages and quotes from other songs like Chu Berry’s Christopher Columbus, to the point where it bore little resemblance to the original. But the most recognizable feature was Gene Krupa’s drumming throughout. One night Krupa refused to stop drumming when he got to the end of the third chorus, so Goodman picked up his clarinet and soloed right along with him, creating one of the more memorable sections of the piece. Naohiro Iwai has captured the exuberant energy of the original in his arrangement for full wind band.

Sing, Sing, Sing (With a Swing) is a 1936 song, with music and lyrics by Louis Prima, who first recorded it with the New Orleans Gang. The song is strongly identified with the big band and swing eras. Several have performed the piece as an instrumental, including Fletcher Henderson and, most famously, Benny Goodman.